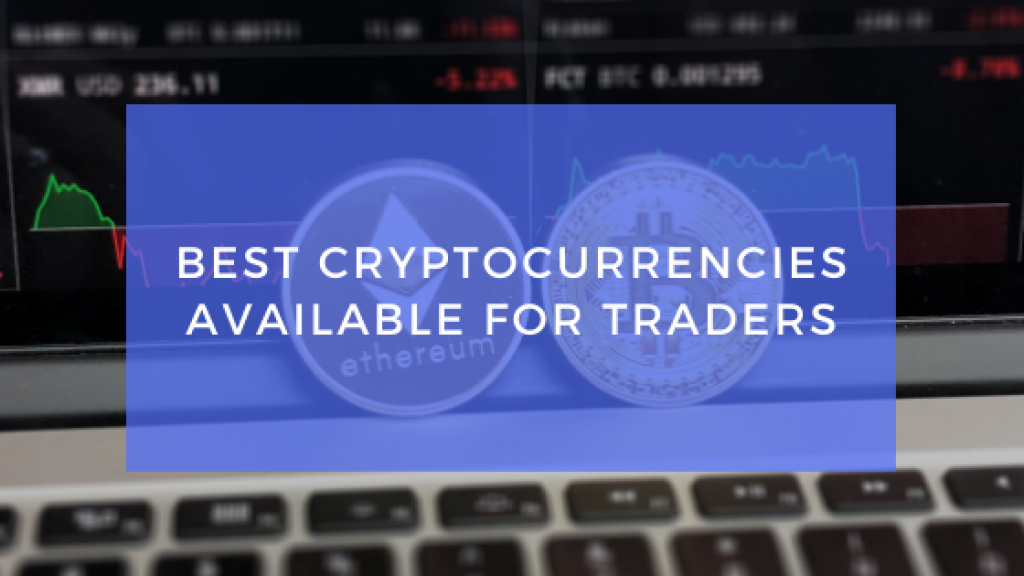 Trading cryptocurrencies has become a god-level chance for traders to mint some significant money. It is contributing in big numbers to the wealth of the holders and investors.

Despite not owning any assets, the computer-generated currencies are running high on huge bucks. There is simply one reason that holds importance here, which is a swift movement of prices. The increasing volumes are fetching more attention by the day. Experts are busily evaluating the changing scenario and picture of the influx of investments. Let us discuss the best cryptocurrencies on the shore:-

Let us discuss the best cryptocurrencies on the shore:-

It goes without saying that bitcoin is where it all started. The cryptocurrency stands at the top position of people’s liking, and there is no one displacing it soon. Bitcoin pioneered the cryptography technique and showed the world a new dimension of trading and transaction. Not that it didn’t offer something unique, but the advantage of being the first went in its favour. The prominence rose from the fact that people did not have any other option earlier. It rose to the occasion as an alternative source of investment when the world was struggling with a slowdown. People saw a ray of hope during the trying time and bitcoin got tucked in the minds.

It came in the market a few years after the successful launch of bitcoin to complement it. If bitcoin is platinum in valuation, then litecoin is no less than gold. It is a prolific and the most promising altcoins in the financial trade. The cryptocurrency has brought down the time of the transaction by swiftly multiplying the blockchain process. It came intending to leave a mark, which over the years seems achieved.

Any cryptocurrency that is emerging and shining in the market like the Sun is EOS. In quick succession, it is gripping the nerves of traders. It uses smart contracts for facilitating enforcement of negotiation. The difference between other digital currencies and this is constant innovation.

Profoundly known as ETH, is the successor of bitcoin in real terms. The popularity graph has shot up in a few years due to high performance and maintenance aspect. Traders use it in buying other cryptocurrencies on several platforms. It introduced smart contract functionality. ETH is an open-source and works smoothly on the latest version of Nakamoto consensus through state transitions.

The company behind this technology has a motive to make the blockchain technology familiar in all the spheres. It came into existence to source traders with bits of help that they need during leveraging. It has recently joined the Australia-China supply chain in those regards. VeChain is working on enhancing the ecosystem of blockchain.

The traders who seem concerned for the security and are looking for full proof privacy then Monero is there to help. It resolves all the issue related to transactions and confidentiality. The concerned companies can find a partner in investor here and expand their business without getting perturbed by cheating. It has more than a decade of experience dealing in the crypto market, and this is why deep web uses it extensively. It is almost non-traceable and used for serious investigative purposes.

Just like Monero, Zcash also thrives on privacy and security of traders and their data. With the global threat of hackers looming and people threatened to lose their money, the currency serves as a saviour. Its technology features are better than bitcoin. It is particular about transactions and makes sure people find it easy to buy-sell their assets.

It is a next-level cryptocurrency that does not perform like others. It has a different purpose from others of providing loans. These loans allow investing in other renowned digital currencies.

It opens untamed dimensions for millions of traders. They can hop on their aspirations and make money by buying into valuable assets. Due to the feature, it is winning the trust of people.

The cryptocurrency seeks inspiration from the market leaders like Ethererum and incorporating better value systems. It is trying to grab the space of ETH, so the marketers call it as Ethereum Killer as well.

Due to its phenomenon and instincts of replacing the ETH investors are showing an extra interest in it these days. Its growing dominance in the Asian market is getting it the reputation of the leader of the region. Several Chinese companies are associating with it to create the next version of Smart contract.

As the name suggests, it is into next-generation technology. It is here to provide unlimited access to security and privacy to its users. The life and non-stop streaming of data and dispersion of information are its powers. It holds a distinctive measure than existing digital currencies. It acts on consolidated data management, data access and safety of data through encryption technology.

It performs similar to its name, working a stellar way by bringing two cryptocurrencies together. Traders can exchange their assets and cryptocurrencies using it across the world. It belongs to the people with patience.

Someone who can wait for the growth and can wait and see, the cryptocurrency casts magic for those. For them, Stellar can provide a lifetime of fortune through the growth.

Read also: How to make money in Cryptocurrency Market

So, we have discussed some best cryptocurrencies available for traders. There is no question that the cryptocurrency market is becoming a new point of horizon and investment for traders. They are witnessing changes in it at a rapid pace. In addition, the market leaders like Microsoft and Oracle are displaying their interest in it. They are reaching in it through their technology. People are benefiting largely by investing in it and leveraging their margins. However, many of the top trending digital currencies do not have physical assets, but they are doing well. Also, things are in development, and some companies are working on creating proper deliverable products in the future.