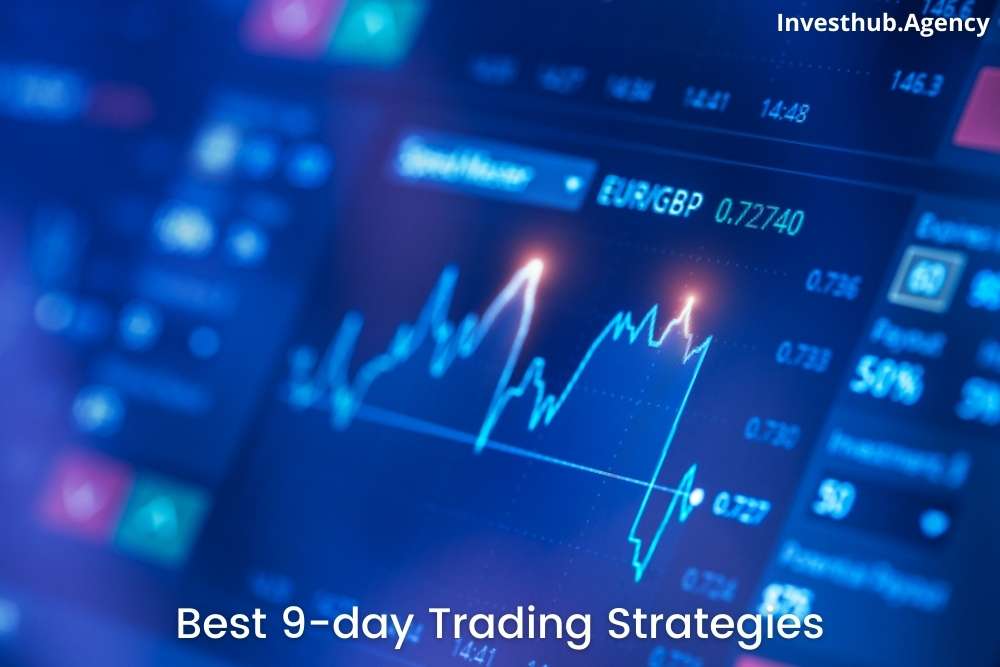 If the trader has bought or sold an asset during this time, then it can be partly said that day trading is conducted. Day trading is also called Intraday.

I mention “partly” intraday because if the trader does trade like this around ten times a month, then that is called active trading and not intraday.

Intraday is just like a regular 9-5 job. Although, to be honest, the regular 9-5 is much easier. One task has to be done, and over time, an employee either develops expertise for that or finds some loopholes to get the job done.

Intraday is different. Every chart is different, every asset behaves in a certain way, and each move costs money. That is when intraday becomes tough. To earn in the market, strategies are important, but an idea to survive overall is what matters.

Intraday can involve trading on one share or asset or even multiple shares and assets. In both cases, the traders must understand the ideas of investing to the core, understand their goals and limitations and then make their trades.

The internet is full of strategies that you can learn on your own. But today, let’s talk about the non-conventional forms of day trading strategies.

Here are the best day trading strategies and tips handpicked for you:

Forex is the big money game. You cannot enter the foreign exchange markets thinking: “the market will deliver the capital”.

Which is a true case for equities and some other markets but not forex. Since trading here is done in lots and their sizes are quite big compared to the profits they can generate.

The capital is one of the first things that needs to be taken care of.

One thing that can relieve you of this problem is the right use of leverage and other trading instruments. Leverage is the borrowed money, just like the borrowed stocks when you are shorting against the market. Shorting is easy.

You have to buy the shares back in any case. It doesn’t matter if you are at a profit or a loss.

Leverage is different. Here is what happens: If the trade goes right, then the broker is liable to cut the commissions and transfer the rest of the amount to your brokerage account. If it goes wrong, then the commission and the position played on both have to be paid.

Since the position is played overstock, it is natural that the price movements will be reflected in the trader capital.

Let’s just say that the asset plunged and is reflected as a loss of $800, which means the initial capital has fallen to a staggering 80%.In this case, the broker is liable to make a margin call.

If the traders don’t push funds in the account immediately after that call, the trade is exited. It doesn’t matter that the trade will see new highs. Once that threshold of capital is exhausted, the positions are exited.

This is an ability the broker has given to itself, and the broker also lets the traders know about the math of margin calls when they are opening a brokerage account.

This is something that not a lot of internet articles will tell you about leverage. Now that you know, it uses leverage more efficiently.

Managing risks via stop loss is the most prominent method to mitigate them, but what else? The stop losses and the profit will not alone mitigate all the risks that persist. Assume that the asset of interest here is a forex, just for the sake of explanation.

To mitigate risks in forex, the first thing is timing. Not to time the trades perfectly but which currency pair to trade during what time of the day.

Just like this, there are a lot of pairs, and each pair has a specific time when it is most volatile. You can, of course, trade on any pair at any time you feel like it, but there is no point in randomly selecting the pair. Since the pairs are volatile at specific times, they have a lot of return generating capacity during that window.

Since the pairs are not volatile at specific times, their profits are lower than the commission that has to be paid for making trades and remember, commissions have to be paid twice.

Once when you enter the trade and once when you exit. The commission is based on making trades. It doesn’t matter if you are entering or exiting. If a broker asks for, say, $1 as commission on each trade, then automatically assume that you have to pay twice that amount as you complete the trade. It’s a round trip.

You will understand things about the market, and there are things that you will feel are out of your thinking radius. Pay attention to such things because these are the ones that will make your profits turn into losses and losses turn into profits.

There are certain announcements that will happen in an economy every now and then, and these announcements will affect your positions. If they don’t, then you are doing it wrong.

For example, suppose a country suddenly decides to increase the interest rates on a sector of its banking system, say education loans. In that case, this announcement is bound to induce volatility in the currency of that country.

If you come across any such thing, then make sure that you are well-versed with what you have to do in such cases.

Apart from these, always make sure you have your stop losses on point each time you trade. Think of stop losses as a net between the roofs of two different houses. Think of yourself as a thief who knows how to jump to and fro on roofs.

There’s absolutely no chance that you will ever fall in that manoeuvre, but what if you do? The net will save you.

Similarly, what the stop losses do is that they exit the position once the price reaches a certain level, after which the trade can become more than just dangerous for the capital. There are price levels that you can manage if a loss occurs on them.

Then there are price levels that are far from management if the correct steps are not taken. This is why stop losses are placed where they are placed.

Now, let’s talk about some of the layman day trading strategies that you either already know or will hear about them in the market every now and then,

A breakout is when the price hits a certain level, and the trends are reversed after that. The breakout is the change in the direction of the price of an asset. If the price movement is in an uptrend and crosses the resistance, don’t immediately base your decisions on this breakout.

It can also be a price correction. During a price correction, the price moves break a few barriers and then returns to the normal projectile it was previously following. This can deter the trading moves you expect to make.

Scalping focuses on making profits out of very small price movements. This is just like day trading, but the time scale at which the profits are scraped off is very low. Scalpers are interested in minute movements.

Scalpers are sometimes more successful than day traders because if one of their trades goes wrong in a particular asset, they know what the game will be for the next few trades since their price movement is faster and generates better results in terms of foreseeing events.

This is perhaps the easiest technique to make money in the market. Don’t take it as something that is easy and go on it without understanding the underlying factors.

The game lies in determining if the market will now move in the direction that you think or will it bounce back? This is where the trading indicators come into play.

If the indicators like MACD’s and MA’s are into the correct play, then the assumptions are for sure the correct ones. Make sure you are using the things you know about if you know less about RSI. For instance, do not use it. If you don’t know anything about trading on price action, don’t.

This is something that many novices base their game on, understanding what the news that will move stock and then trading on that fact. Momentum depends on the volume as well.

If the volume of the traded asset is a lot at a particular price level, then the traders make their calls accordingly. The momentum can be in any direction. Figure that out and make sure that the assumptions are correct.

There can be instances just like breakouts when the price moves above or below a certain point and then reverses.

There can also be instances when this situation persists long enough to just mimic a reversal. So make sure that you understand the concepts and the doppelgangers and can identify which one’s what clearly before you trade over them.

Swing Trading is one of the best day trading strategies.

News Trading: one of the slowest day trading strategies.

This is the slowest form of trading, but still, a lot of traders want this type of practice. This is when you know that some news is about to hit the market, and then you trade accordingly. The hard part here is that you have to precisely calculate what news can affect which asset and then make the trades.

Make sure that you know what you are doing in the market before involving money in there.

Trading is a strategy based game, but a brokerage account is also very important with the right broker. We recommend the leading online broker HFTrading, With the broker. The traders can trade over more than 200 CFD tradable assets. The broker is a trading name of CTRL investments which the/CySEC regulates.