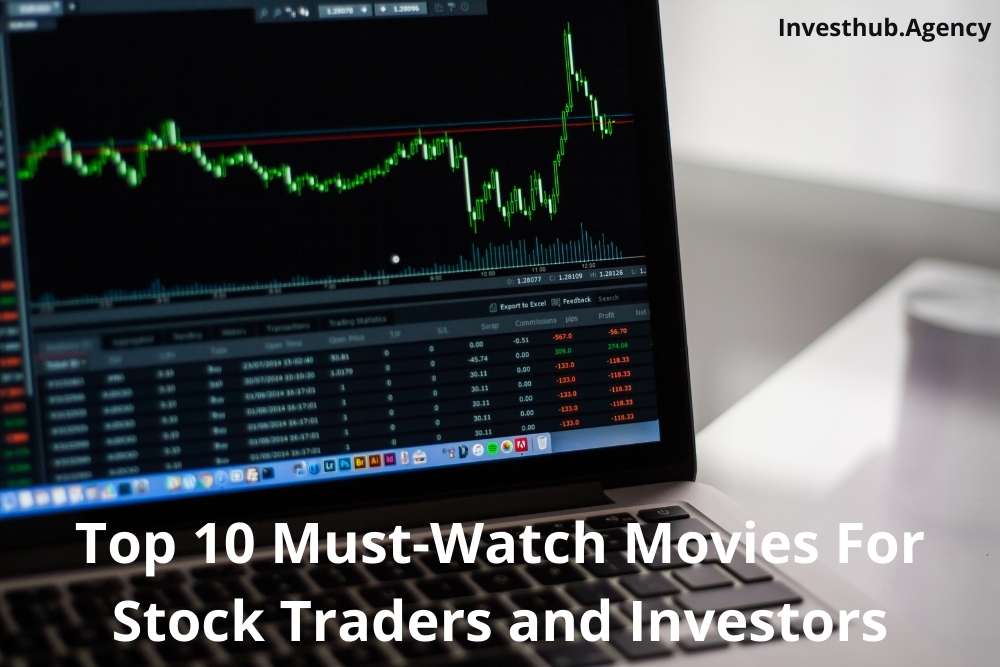 Watch Movies For Stock Traders & Investors: Do you want to learn the best tricks and quirks of the stock market? Too many books, too many words. Boring?

Why not watch some great movies that will give you the best of finance and the stock market, and blow your mind!

So here is a to – watch list for you if you want to sit on the couch and learn about finance.

In 1987, as a tribute to his father, Oliver Stone directed this masterpiece starring Michael Douglas Charlie Sheen and Daryl Hannah. The American dramatic film revolves around a young stock trader who is involved with a wealthy corporate raider. The film entails a series of events with hidden lessons about the world of stocks; an alternative reality about the stock market, and how a little tilt can crash the whole kingdom in one go.

The Big Short is rooted in a non-fiction book written by Michael Lewis. The movie is directed by Adam Mckay starring finest of actors – Steve Carell, Ryan Gosling, Brad Pitt, and Christian Bale. The movie got a lot of praise and won Oscar and other 37 awards. It features a dramatic series of events that lead to the financial down road. With a pinch of comedy, this movie depicts a financial crisis where 8 million people lose their jobs.

Boiler Room by Ben Younger stars Seth Davis in the centre. To bear with his father’s high standards, Davis gets a job as a stockbroker. He is a college dropout hungry for wealth and success which might not be working as transparently as it appears.

Most humorously, the movie depicts the roller coaster of the financial world and trading concerning the class structure and socio-economic status in America. The film is also an utter depiction of stereotypical opinions regarding money.

The movie is a work of Martin Scorsese and stars Leonardo DiCaprio. It is about the short life of stockbroking and how the crash of Wall Street can ruin everything in one go. It is based on the real incidents of Jordan Belfort who was imprisoned for 22 months for defrauding investors in massive security scams.

This financial thriller, directed by Meera Menon, depicts Naomi Bishop, who is a struggling investment banker and have this dire urge to get on top. The movie grows around a web of corruption, mystery, suspicion, and betrayal by closest of friends. The movie teaches a number of lessons on professional setbacks.

The movie is written by Andrew Ross Sorkin and is directed by Curtis Hanson. It shows how when a large corporation and financial institutions fail, how they impact the economy on such a large scale. It also describes some mortgage industry crisis.

This 35 million budget movie follows people in investment banks over the day before the 2008 financial crisis. However, it isn’t a real Wall Street firm, but fictional. It reveals the actual inner workings of financial institutions and how people handle stress and pressure within these firms. The movie was made by J.C.Chandor.

Based on a true story of “No one would listen” by Harry Markopolos, it is a documentary film directed and written by Jeff Prosserman. He spent at least ten years to get the U.S. Securities and Exchange Commission to talk about the proof scammed scheme of Bernie Madoff. The scam was estimated to be 18 billion, including fake returns.

The Ascent of Money is a documentary film on the financial history of the world and depicts the behaviour pattern of modern societies. The history of origins of money, credit and banking is entailed in the movie. Author Niall Ferguson wrote this 6 part T.V. documentary in 2008.

This movie depicts the real-life scam that went on in China in 2018 and how Chinese markets became the need of the hour. Everyone wanted to invest in Chinese Stocks. But it was cumbersome to invest directly in China Market, so Chinese companies found a backdoor into U.S. exchanges without going through the processes of Initial Public Offering.

The problem? The problem was that these Chinese companies were scam companies with no real sales and business—a scam size of $200 billion.

Movies For Stock Traders – This excellent documentary depicts the rise of the corporation as a person in society. It is based on the law that was passed, giving corporates legal rights equal to a person. It means that corporation is its own entity, has legal ownership, can own property.

The results? Not so good. It seems that corporations only care about making profits, and little about the impact of their products on society.

This movie is an outstanding take on the corporation and can prove to be a good investment of your time.