Triangle patterns and how to trade them 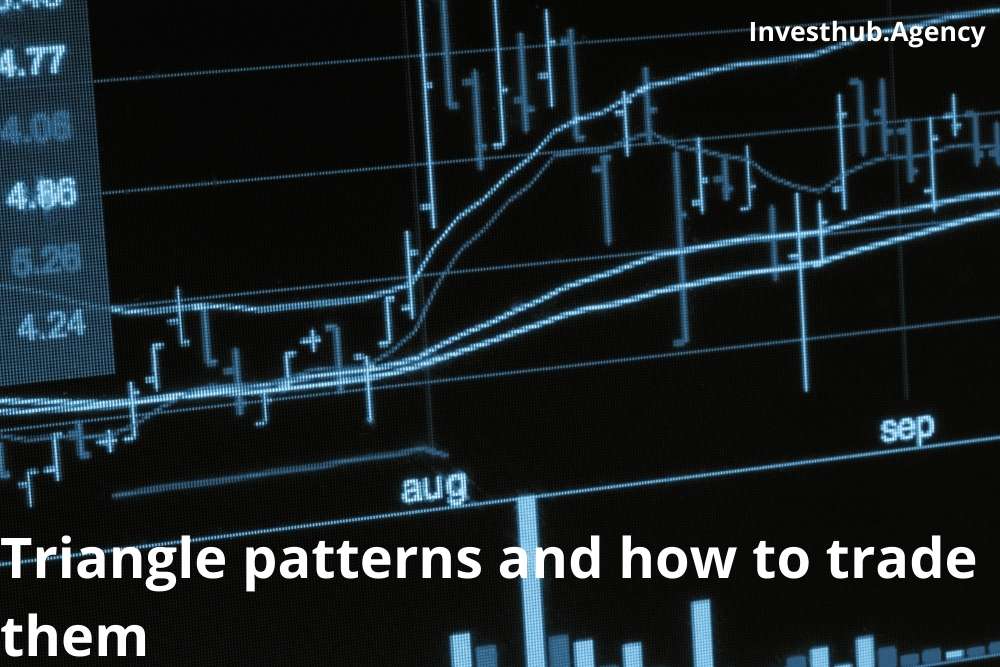 Technical analysis is the action of analyzing the price range of instruments of various markets to forecast. It has been a significant part of the financial markets to provide them a glimpse of the price movements in advance and based on which decisions could be made.

The price changes in technical analysis are identified using various tools, strategies, and market factors. But, most importantly, the traders rely on charts and patterns to analyze the price of instruments. There are numerous charts and patterns available in the market; traders can select the one that they find appropriate.

With the article, we’ll be analyzing one such trading chart pattern called triangle patterns. It will give detailed information about the pattern and how to trade them for a beneficial investment. So, without wasting any further time, we’ll first begin with chart patterns, what a triangle pattern is, and then explore it further for a deeper understanding of the readers.

What are Chart Patterns?

Chart patterns are the visual representation on graphs that form patterns within the chart of the price change of instruments traded. Even traders refer to the chart patterns as price patterns due to their huge involvement in price prediction. The chart patterns could be used for different financial markets like stock, commodities, forex, indices, etc. 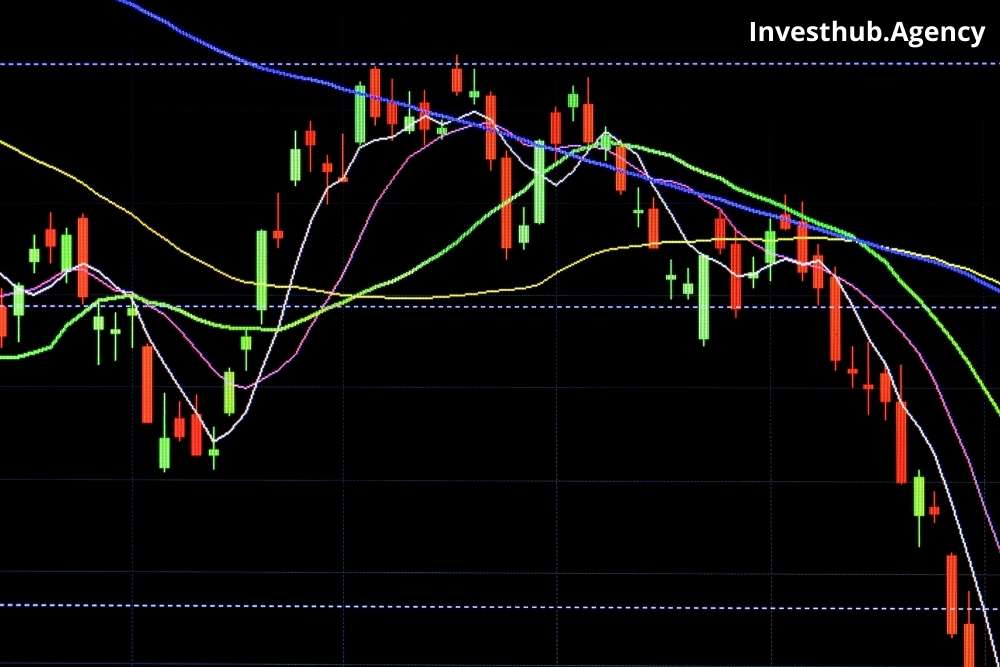 In the stock and commodity markets, trading is for long periods usually, hence it plays an important role in analysing the prices of instruments. The plotted pattern occurs naturally and repeats itself over a period of time. Similarly, forex, cryptocurrency, and other markets also incorporate the chart patterns for analyzing the patterns formed and the situations when these repeat in the market.

The patterns could be used for understanding the reversal or continuation signals of the market. Thus, marking its importance for the traders with patterns. Moreover, the chart patterns are classified into three types, traditional, harmonic, and candlestick. We’ll be discussing these and then understanding the triangle patterns.

Chart patterns are of three types and are discussed below to understand the readers. We’ll be analysing the chart patterns one by one:

The traditional patterns are old, and the most common patterns of charts have been used frequently to understand the price patterns. It includes the following chart patterns:

The harmonic chart patterns are used by traders to recognise certain structures that have distinct and consecutive Fibonacci ratios. The ratios quantify and validate the harmonic patterns by calculating the Fibonacci aspects of the instrument’s price. Thus, identifying the probable reversals of the market or continuation.

The trading chart pattern has the following common harmonic patterns:

Candlestick patterns are also well known chart patterns of the financial markets. These are used for technical analysis forming the shape of a candlestick and analysing the price of the instruments. The recognition of chart patterns is subjective and has predefined rules for the programs of charting.

The candlestick chart patterns have 42 recognised patterns and are easy to read. Traders need to understand them first and then apply them in the market for desired results. Below are some of the candlestick patterns:

The triangle patterns have no particular order and can form as per the market conditions. Traders should understand these deeply for proper identification and use in trading.

The chart has a triangle pattern formed on it that is the shape of a triangle for technical analysis. However, these look similar to the wedges and pennants; therefore, traders should have a good understanding of them for analyzing them on the chart patterns.

The triangle patterns could be in continuation pattern when validated and even have a powerful reversal in the situation of a failure.

The triangles formed on chart patterns are generally described with the horizontal form of the trading patterns. When the triangle begins to form in starting, it has the widest point. With the continuation of the market to trade sideways, the range of trading narrows, forming the points of the triangle.

As a result, the triangle shows losing interest in the issue from both the buy-side and the sell-side. In the formation of a triangle, the supply line diminishes to meet with the demand line. The lower line of the triangle on the chart, which can also be termed as the lower trendline as considered as the demand line.

The demand line visualises the support on the chart, where the buyers outpace the sellers of the market and the instrument’s price increases. In contrast, the supply line is the top line of the triangle, and it shows an overbought condition of the financial market. In this situation, the traders of the market take maximum profits.

With trading in triangle chart patterns, traders can identify the conditions on the charts when the triangle forms and accordingly make their decision. This will help them have high returns on their investments and be successful traders in the financial markets.

Now that we have understood the triangle chart pattern, we’ll be discussing its types in detail for better identification while trading.

Triangle pattern is of three types, and we’ll explore them in the paragraph. So, let’s quickly get into the types of triangle patterns and have a look at what the triangle helps traders within price analysis. With this, readers will be able to make informed decisions and have better trading.

Ascending triangle chart pattern typically has a bullish pattern; it has an uptrend and could be recognized easily by the traders. In addition, it has entry and exit signals for the traders of the market. Traders can analyze the points with the formation of the ascending triangle pattern. When the trend is identified in the pattern, it is a continuation pattern.

The demand line that is called the lower trendline in the chart pattern has an uptrend, and it is going to touch the base of the rising lows of the chart. The two highs formed on the top line, i.e., the supply line, need not reach the same price point. However, these should be close to one another.

Traders of the ascending pattern are not able to break through the supply line initially and, therefore, take a few runs before it establishes new highs. The traders using the chart will look for a rise in the trade volume, which is also taken as an indication it will form a new high in the market.

The pattern of the triangle will last for four weeks and will typically last for 90 days. The buyers can know when they can jump into the issue by taking a position in the price action and breaking through the top line with an increased volume. It increases to the widest section of the triangle formed in the pattern.

The time taken for the formation of the descending pattern is the same as the ascending pattern. The volume of the triangle is significant for the traders in the breakout towards the downside.

The ascending pattern is the uptrend, the descending pattern downtrend with bullish and bearish signals, respectively. But, the symmetrical patterns are the continuation patterns that are developed in the market trading for most of the time/part without any aim of the direction.

The market has no exact direction of movement; the supply and demand are the same, which forms symmetrical patterns. In this, the highs and lows come together at the point of a triangle without the significance of volume. Traders in such conditions are confused about which position they should take in the market.

So, when the traders figure out the direction of trade, it could be north or south having a big trade volume compared to the indecisive days/weeks that lead to a breakout. In a symmetrical pattern, the breakout is usually in the direction of an existing market trend.

When a trader is looking for an entry in the symmetrical pattern, they jump into the fray at the breakout point.

How to Trade in Triangle Patterns? 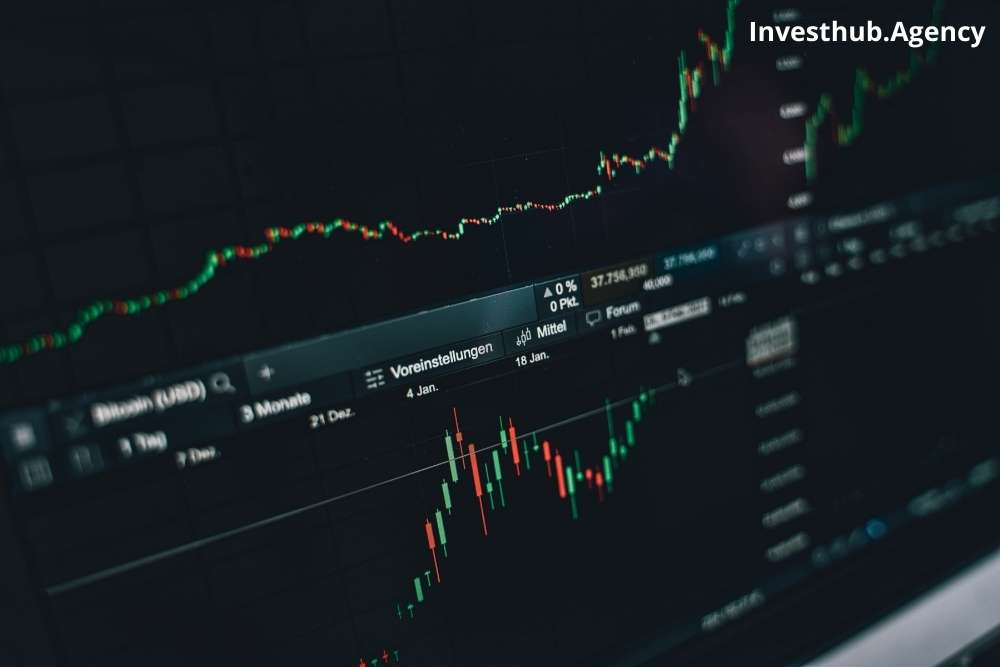 A triangle formed on the chart gives traders a lot of information regarding the market and its current condition. We can understand the phenomenon of triangles with an example of a ball. When we throw a ball, it bounces back, but the bounce it makes back keeps reducing the momentum, and thus the bounce of the first one is more than the second one and continues till the ball stops.

The triangles are manifestations between the long and the short market positions. When a trader is well aware of the triangle and the formation types, they can easily recognise and make appropriate decisions to trade. Moreover, they will be able to understand the market dynamics.

Traders can study the chart pattern of the triangle, recollect their understanding and knowledge of the patterns and compare. They will find out the pattern formed and accordingly decide their course of action.

That’s how traders can trade them and have a profitable technical analysis of the markets. Hence, more profits and more trades are on the way for the traders and investors of the financial market.

A Triangle pattern for technical analysis is highly useful for traders of the financial markets. They can study the pattern and decide their actions of trading to ensure high profitability. The article has discussed the triangle chart pattern in depth, and its components are as well explored for a full overview of the chart pattern.

It is a traditional chart pattern and is accessible through brokers providing trading services. For example, PrimeFin brokers are the best forex brokers that offer authorised services to help traders have a successful trading experience. They can use the analysis tools, trading platforms, chart patterns, customer support, low costs, etc., for a beneficial trade.

However, the brokers should be selected with proper knowledge, and they should be licenced, have the best trading services, and be regulated by registered authorities.