What is blockchain technology? How does it work in 2022? 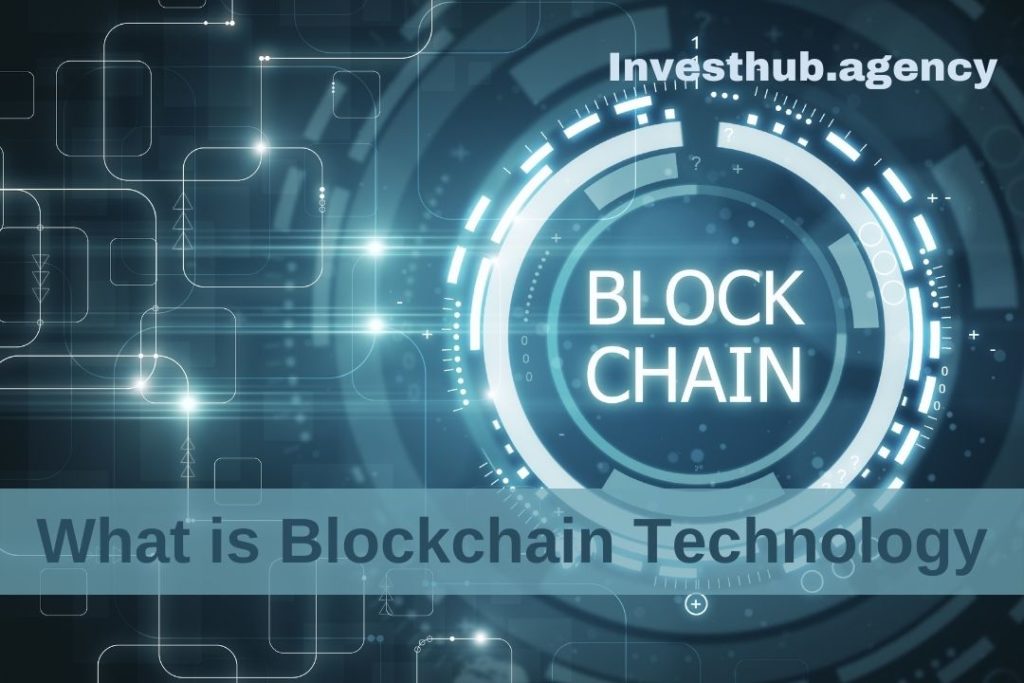 Those who have been following bitcoin or investing for a long time are undoubtedly familiar with the phrase “blockchain.” But do you understand what is blockchain? Blockchain technology is a type of data storage that is both transparent and secure in the long run. As a result, blockchain has a wide array of applications that may exceed our wildest dreams.

The one disadvantage we shall cover in more detail later is the significant energy consumption required by blockchain technology. From a financial and environmental standpoint, can we afford the high energy costs? Green blockchain has undergone substantial research in order to design and implement it to fight such a problem. It is currently being researched to make it more energy and cost-efficient.

What is blockchain technology?

A block gets chained onto the preceding filled block when it reaches its maximum storage capacity. This method creates a data chain known as the blockchain. The new data will then be combined into a new block, which will be uploaded to the blockchain once it is complete. As a result, in a blockchain network, any asset, material or intangible, can be sold and tracked.

A traditional database organises data into tabular form, whereas blockchain structures data into chunks or blocks that are chained together. Each block carries a timestamp that corresponds to the precise minute it was added to the chain.

Why is blockchain important?

In terms of information delivery, blockchain is highly secure, quick, and transparent. Only members of the permissioned blockchain network have access to the data. This data is preserved in its entirety on an immutable distributed ledger. With the use of a blockchain network, every company or individual can track payments, transactions, accounts, production, and much more.

Because no one can tamper with data in the middle of a transaction, everyone can see all of the details of the transaction from beginning to conclusion.

There is no designated person in charge of blockchain. This is how a blockchain differs from a conventional database. In a traditional database, a person in control can make changes to the data. Blockchain, on the other hand, is managed by the individuals who utilise it. On the blockchain ledger, transactions cannot be hacked, double-spent, or fabricated. People who hold money in the form of Bitcoin or any other digital currency or asset can be confident that it is valuable.

Many attempts to generate digital money have been made throughout history, but they have all failed. This is because the question of trust had always been present. Then came Bitcoin, which was created to address this issue by utilising blockchain technology.

A shared ledger is used in distributed ledger technology to keep an immutable record of transactions. This reduces the need for manual changes, which are common in traditional business networks. Blockchain is programmable, thanks to DLT. DLT is safe since each record is encrypted separately. Every transaction in a block has a timestamp. Under distributed ledger technology, it is impossible to change any validated records.

When a new transaction is entered, it is decentralised and sent to peer-to-peer computers all around the world. The equations are then solved by the entire network of computers to ensure the transaction’s authenticity. Finally, transactions are clustered into blocks after successful confirmation, and these blocks are connected together to create a long history of permanent transactions.

For smart contracts to operate, users must agree to a set of conditions. When these conditions are satisfied, the agreement’s requirements are immediately carried out.

Every transaction is recorded in a blockchain as a block of data. These transactions depict the movement of tangible or intangible data. The block of data can record any information that you can think of. That can consist of what, why, how, when, who, where, and even specific conditions like the quantity of petrol in a vehicle at the time of delivery or medical record of a patient before and after her/his recovery.

The blocks record the exact time and sequence of the transactions. In addition, the blocks are firmly linked together to prevent any block from being changed or inserted between two other blocks.

Each subsequent block confirms the verification of the previous block and hence the whole blockchain. As a result, the blockchain becomes tamper-evident, providing it the crucial strength of immutability. This reduces the possibility of a hacker interfering with your transactions and establishes a secure ledger for you and other network members.

Election fraud can be eliminated, and voter turnout can be increased, thanks to blockchain voting.

A blockchain network can be built in a variety of ways. They can be public, private, permissioned, or constructed by a group of people.

Anyone can join and contribute to a public blockchain, such as Bitcoin. However, it takes a lot of computing power, there’s little or no privacy for transactions, and security isn’t perfect. These are critical factors for the industry’s blockchain application cases.

As a result, public blockchain is the way to go if you want a completely decentralised network structure. When you try to combine a public blockchain network with an enterprise blockchain workflow, however, things can get complicated. In reality, it was Bitcoin that laid the groundwork for blockchain technologies.

The nicest thing about public blockchain companies is that they ensure that all members have equal rights regardless of circumstance. People are free to join in and participate in consensus, as well as to conduct business with their peers as they see fit. In addition, public blockchain firms ensure that this technology is secure to the highest degree. It’s also something you won’t find in a private blockchain.

This is ideal if you’re seeking for a solution that can provide your company with the highest level of anonymity. It may appear to be a little out there, but it is the reality. Enterprises are constantly dealing with security and privacy concerns. But, unfortunately, they also deal with such sensitive material on a daily basis.

The main goal is to construct a blockchain network that is not accessible to the general public. Organizations simply cannot afford to make their processes or data public. Thus not all blockchains must be public. Permissioned blockchain is extremely valuable in this situation, even though it deviates slightly from the primary feature of blockchain, namely decentralisation.

If you believe that decentralization can only be accomplished in one method, you are mistaken.

Decentralization can be achieved in a variety of methods, including retaining the owner’s interest while still assuring a few essential qualities that are compatible with blockchain technology. Hence, it’s referred to as decentralization levels.

What is an example of blockchain?

The potential of blockchain in financial services has piqued the interest of many professionals. In fact, a large number of banks around the world have begun to invest in blockchain technologies. It might simply be utilised to make financial institution transactions more safe and efficient.

The process of registration and record-keeping of real estate or property rights is quite inefficient. Plus, the process is both time-consuming and costly. In addition, human error results in inaccuracy. But blockchain has the potential to cut off the physical process of scanning and recording documents. As a result, blockchain can be leveraged in several aspects of the record-keeping of real estate.

After a medical record is generated and signed, it may be maintained on the blockchain, providing patients the certainty that the record will not be tampered with. HealthcareIn addition, healthcare providers may utilise the blockchain to securely store their patients’ medical records.

These confidential health records might be encrypted and kept on the blockchain using a private key, ensuring that only a limited number of individuals have access to them.

Can blockchain be hacked?

The blockchain technology generates a data structure with security measures built-in. It is built on the ideas of encryption, decentralisation, and consensus to ensure transaction confidence. There is no single point of failure, and the transaction record can only be changed by one user.

However, blockchain and comparable systems have some significant security differences. Blockchain technology encourages decentralisation by allowing people to participate in a decentralised network.

The blockchain records are always secured via a technology called cryptography. Each network participant has their own private keys, which are linked to the transactions they execute and operate as a personal digital signature. If the signature of a record is modified, the signature becomes invalid, and the peer network is instantly alerted. Therefore, it is impossible to stress the value of early notification in averting future damage.

What is Blockchain Future?

Forget Bitcoin,  blockchain is the future. Blockchain technology has reached its late twenties. But, like most millennials, blockchain has received a lot of attention in the last two decades, with firms all over the world speculating on what the technology can achieve and where it will go in the future.

As a buzzword in investors’ networks, blockchain promises to make business and government operations more accurate, secure, and cost-effective by eliminating middlemen.

We hope you get the answer to what is blockchain. Many of the new disruptors, as expected, are startups with the potential for quick experimentation and growth. However, those that have progressed further in their concepts have seen their concepts disrupt traditional corporations in their markets.

Although cryptocurrencies are popular right now, they are overshadowing more incredible uses for blockchain and other distributed ledger technology. You can learn to trade cryptocurrencies via a reliable broker and learn more about blockchain on the learning center of brokerage firms like ABinvesting.

Moreover, the blockchain story is about to enter a new chapter, one in which CEOs are asking tougher, more specific, and pragmatic questions.