What Is Trading and Investing: Which Is Profitable? 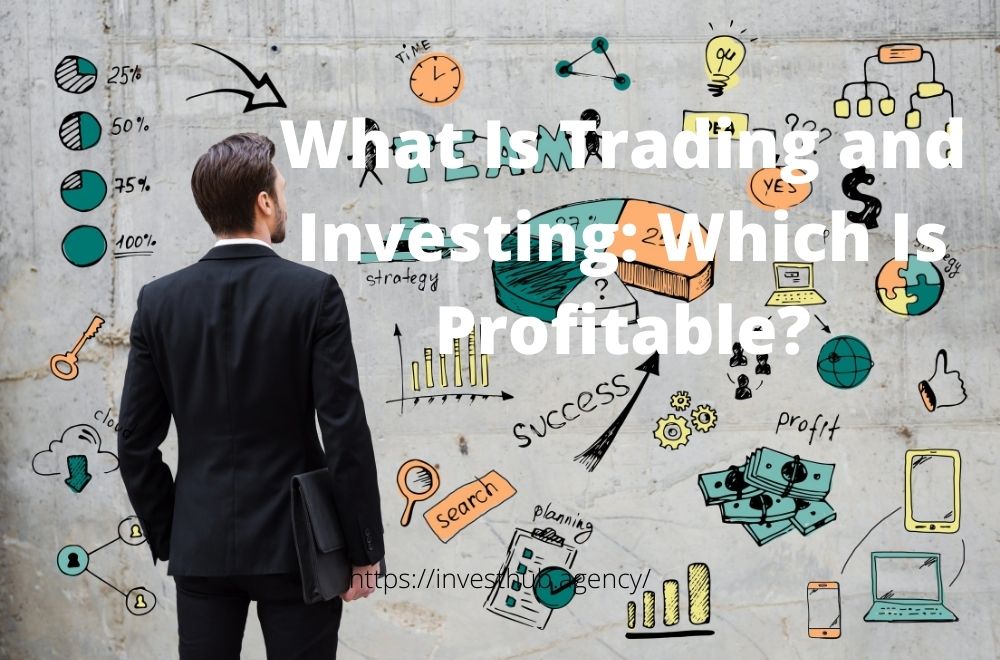 Long ago in history, there was only trading existed as people did exchange food for money and vice-versa according to their needs. So what is trading and investing? In laymen’s terms, we can understand that trading is just buying or selling things to earn a profit, according to modern-day theories. But in terms of stocks, trading is buying and selling of securities.

And from where does the term investment come into existence? Say for example: in earlier times when a wealthy person had to earn profit from his money, he purchases the land in exchange for the money and hold it for some years and as the rates of that property rise by the passing of time, and as there was the development of societies, they sell that land and earn a significant profit. That is how the philosophy of Investment came into the market.

So the essential difference between trading and Investing is the Time Horizon, i.e. the holding time of the asset. In trading, short term holding of assets is performed to earn a profit, whereas, in Investment, the assets are purchased for returns and procured for a long duration getting big (expected).

Now the question arises that which one of them is more profitable? So we are discussing them down below one by one with in-depth analysis.

First, let us discuss which strategy is better in terms of risks: An investor bypass all the short-term risks that are faced by the trader but in the same time frame a trader despite facing risks makes small profits out of the descent of the market.

Which One Is Good For Instant Profit

For a quick profit, trading is considered as a best practice as in trading the money or commodity is held for a short time. So, if a person sees any downfall in the market, he can withdraw it from the market, and if there is a possible rise then by selling the commodity, a trader can earn an instant profit.

Importance of Holding Time in Both Trading and Investing

Both Investment of trading is made on behalf of different mindsets. Like an investment is done with a perspective of plans like retirement, marriage, education, etc., and earned a fixed profit after completion of holding duration. So this may be considered good for those who have long-term goals. In contrast, a trader has a mindset of earning quick profit from either a downfall or rise of the market. So, he invests his money and for a short time and as soon as he gets some profit, he withdraws his valuables, or otherwise, he can use stop-loss orders to minimize his risks. Trading is profitable if the money or commodities are invested for a short while.

Profit Comparisons of Investor and a Trader

A trader invests for a short span of time and aims to get a profit of say 10%, on his traded asset, but he is equally susceptible to market risks also, as he may end up with a total loss. In this condition, the total profit of a trader is Nil; instead, he incurs a loss.

Whereas a trader aims to get a total of 10% profit over the maturity of his invested asset, but in comparison to the trader, he is not at all susceptible to the market fluctuations as the overall market conditions generally rise by default. So he gets a sure profit but after a long time.

Finally, after all the above discussion, we have come to the point that an investor seeks more profit compared to a trader when he buys and holds the assets for a long time duration. In contrast, a trader gets profited by both ups and downs of the markets in small chunks even by holding his money for a short while.