Easy Explanation of Bollinger Bands: How Does it Work? 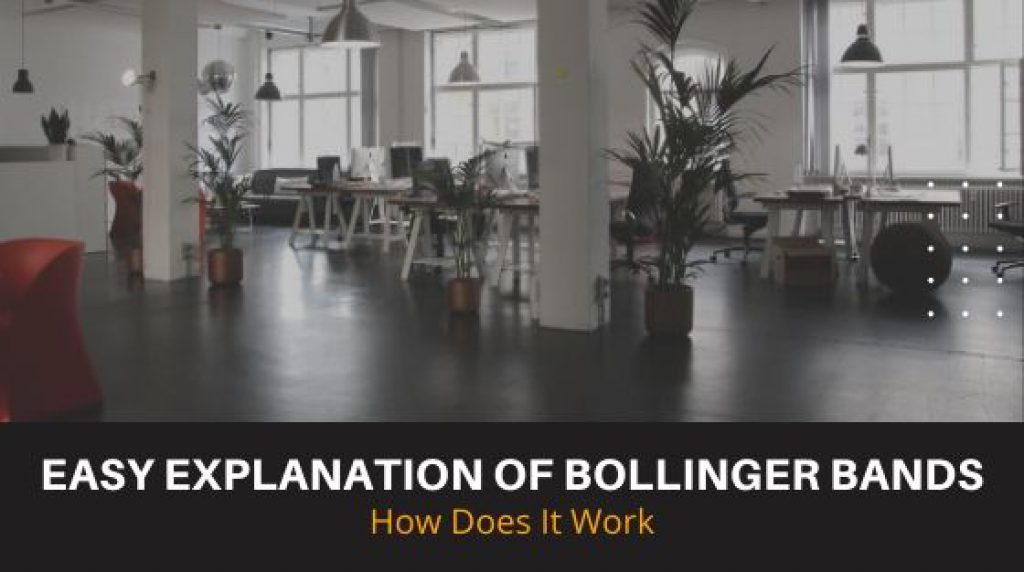 Bollinger Bands Easy Explanation – How Does it Work?: Most traders, whether intraday or long term positional, keep looking for different strategies, techniques, and tools. These tools and techniques help them make better decisions and accurate predictions. However, there is no need to understand all the instruments on the internet to be a successful trader. Instead, select two or three good indicators which work best for you.

Moving average, Bollinger bands, and resistance and support indicator are the top ones among them. Today, we’ll understand Bollinger bands and how it works.

Bollinger Bands is an analysis tool which provides better entry and exit signals to the traders. It is the price comprehension of highs and lows on a relative basis. The Bollinger bands were developed in 1980 by John Bollinger, who was a market technician too.

The tool consists of three lines referred to as bands, namely, upper, middle, and lower Band.

Now note that the middle line is the simple moving average, and the other two lines are the standard deviations. Read the complete basics of Bollinger bands here.

How Does Bollinger Bands Work?

As we said, the middle band is the moving average of a specific period.

The other two lines are the standard deviation, generally expressed in percentage. Standard deviation, in simple terms, is the rate of volatility. In Bollinger bands, it is the deviation from the average price (moving average) line.

Note that the standard parameters of Bollinger Bands are (20,2), where the 20 denotes the number of days for which the moving average is taken, i.e. the middle line. And, the 2 indicates the value of standard deviation multiplied by two.

Understand this with the diagram below You can edit the parameters as per your need, but it reduces the effectiveness of this tool. For instance, if you will make the standard deviation 1, then most of the crucial entry and exit points would fall outside the bands.

But how the upper and lower bands are formed?

So, it forms a range where the general conception is price will deviate between the two upper and lower bands. In other words, generally, the people think that the price line moves in a fixed pattern, i.e. after touching the top Band, it would move downwards. And, after reaching the lower Band, it would move upward. Although for many situations, it is true, the price line can just move anywhere.

It could be – Moving upwards even after touching the higher Band. It can also be – moving downwards with the lower Band, even after reaching it and many more.

Thus, do not be in that thought process that Bollinger bands are wholly accurate. It is a technical tool to help and only analyses the past data.

How to Trade with Bollinger Bands?

The best method would be trading with Bollinger bands along with some other technical indicators. The most popular ones are MACD and RSI. Apply all the tools simultaneously and then buy/sell based on the signals.

For example, it might happen that the price line of any stock has touched the upper Band, but it has not crossed the RSI or MACD line. So, the better decision would be to keep it for some more time.

Also, one can try to analyse different time frames. For instance, a day trader can examine the price using Bollinger bands for 15, 30 minutes, and a 1-hour chart.

So, this way, you would be able to make better decisions and price predictions. If you want to read about MACD and know the basics, then click here.

The stock market is not that simple that you learn a tool or watch a price indicator and start earning. You need to understand the fundamental nature of the market and gain a lot of information to make a successful career. It is indeed right that most of the time the price moves in between Bollinger bands, but it might not necessarily be true always. Just don’t keep in mind any rigid thoughts and be open to several other indicators too.

Many people claim that once the price touches or crosses the upper Band, then a sharp fall is awaiting. However, remember that any claim or guarantee like this is fake!!!