Tech stocks in Europe in 2020: What is tech stock? If you are having the same question in mind then don’t worry, in this article, we will discuss the tech stocks and the top 7 emerging tech markets stocks of Europe.

The technology market has a wide range of possibilities and is emerging as an alternative to conventional stock markets. Because of the consequences of lockdown tech companies are making huge profits around the globe.

Technology companies should not be confused with only IT firms, and these companies portfolio varies from semiconductors to RPA(robotic process automation) or from IoT(Internet of things) to AI(artificial intelligence).

You may have heard of Amazon.com, Microsoft, Apple, Cisco Systems, Netflix etc. These are all tech companies. And post lockdown there has been a dramatic shift in people’s market trends which include increased demand for online supply of groceries and other things or watching entertaining things or videos on Netflix, amazon prime etc. This shifting trend has increased the revenue of these companies at par. And subsequently, their share value is also growing, and investors who had bought the shares of these companies had also earned a huge profit from them.

So, this article is all about knowing these companies and their diverse portfolio who give their services in Europe.

It is a European company whose headquarters is located in Sweden. And since its birth, it has changed the persona of people accessing the music. The company has contracts with singers around the world and sells the exclusive music release to their premium customers. And 70% of the revenue that they generate is distributers among their shareholders. Founded in 2008 and now it is well known around the world as It is Soundtraking the life of people from 92 countries with access to over 60 million tracks.

Formerly known as CLX communications, has its headquarters in Sweden.

The company were founded in 2012 with a motive of making the used cars buying and selling easy for everyone. And now with more them 4000 employees, the company is providing its services in more than 30 countries.

A semiconductor industry from Bristol, UK. The company make processors, i.e. IPU (Intelligent Processing Unit) specifically designed for AI (Artificial Intelligence) to accelerate the machines at a lightning-fast speed. Their technology is used in Engineering, Biomedical and even quantum physics to understand and predict the space phenomena’s.

With a sacred objective to serve humanity BenevolentAI was found in 2013 in London UK. The company is responsible for making AI-led solutions in medical fields to cure diseases. The company is dedicatedly working towards discovering new and efficient drugs and innovating the latest and advanced ways to test the drugs for hard to cure diseased like COVID-19.

It is a Cambridge based company which deals in AI-led security systems. With a primary Darktrace object of securing a company’s data from hackers or attackers, they design an active protection system to avoid inestimable losses. They were primarily founded by a small team of mathematicians now working with many govt organizations to protect their data against threats—ventures etc.

It is a software created by two developers Dmitriy Zaporozhets, and Valery Sizov from Ukraine and the company were founded by Sytse “Sid” Sijbrandij and Dmitriy Zaporozhets in 2014. And since then the company has grown its revenue up to $ 268 million in just six years. The company is opened with a motto to serve as a service platform in the field of software development and provide DevOps through lifecycle tools.

So, in our concluding statement, I hope you got some excellent insides of the top 7 tech stocks in Europe. Most of these were operating from the last two decades and earned their name and fame around this giant planet. Investing in these emerging markets will prove to be a pure win-win situation. So, it is recommended to check the whole portfolio of these tech giants before you plan to invest in any such things.

The Various Types of Tax Rates Associated With Companies in Spain

Get a callback
from a trusted broker today. 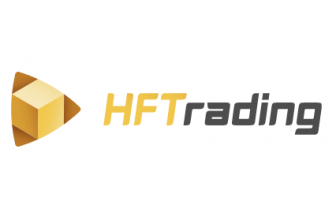 HFTrading is a financial services provider in the Forex and CFD segment that has attractive trading ... 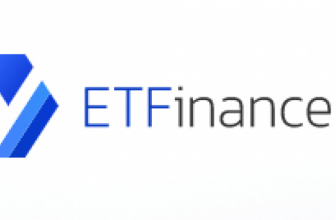 ETFinance review shows the advantages and disadvantages of the online broker, that operate under ... 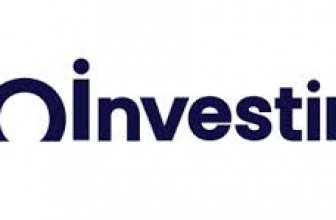 ROInvesting is a CySEC regulated financial services provider that allows clients to trade Forex and ...

How To Make Money with Forex Trading?