Which strategy is best for intraday trading? 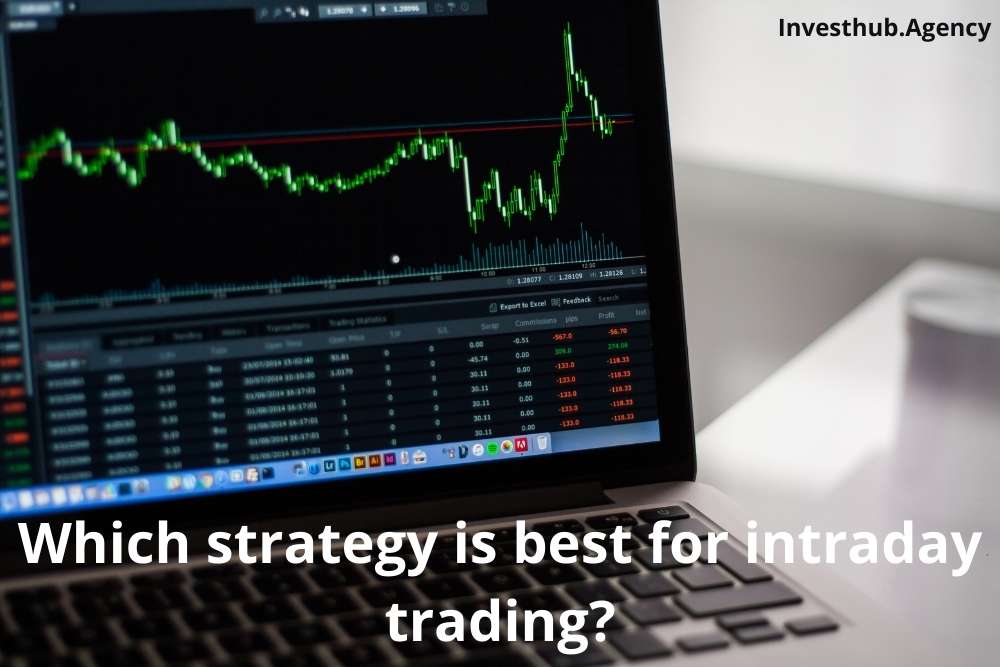 A Bollinger band is a technical analysis tool involving a set of trendlines that are plotted two standard deviations away from a security’s price’s simple moving average. John Bollinger devised and intended the indicators to find out opportunities giving investors a higher probability of the proper identification of when an asset is overbought/oversold.

Bollinger bands have three lines: upper, middle, and lower. The middle line is a price-moving average. Moving average parameters are opted for by the trader. The trader may set the moving average so that it is in alignment with various techniques.

Going for a setting that is in alignment with techniques below, for the asset being traded, you will be shown a one-minute crude oil futures chart with Bollinger bands.

For a particular data set, the standard deviation measures the extent to which numbers are spread out from an average value. Standard deviation may be arrived at by taking the variance’s square root. The latter itself is the average of the squared differences of the mean. You then have to multiply the given standard deviation value by two. You will be both adding and subtracting that amount from each point along the SMA.

What do Bollinger bands indicate?

You get an idea of the amount of motivation you will be asked to invest in the use of this indicator and associated best intraday trading strategy when we tell you there are 22 rules to follow when you use them!

Bollinger bands revolve around the Squeeze. We call this a squeeze when the bands come close together, throttling the moving average. The latter signals a low volatility period. Traders believe a possible sign of future increased volatility, implying potential trading opportunities. On the other hand, the wider the bands move, the more likely the chance there’s a reduction in volatility, implying a greater possibility of a trade exit.

Nonetheless, these conditions are not trading signals. The bands do not indicate when the change may occur, or the price movement direction ;

Close to 90% of price action takes place between the two bands. Therefore, a breakout above or below the band signifies an event of importance. The breakout, however, is no trading signal.

Given that they are computed from a simple moving average, they weigh older price data at par with the most recent. The implication is that outdated data may dilute new info.

Bollinger bands aid in assessing how strongly an asset is ascending – the uptrend – and when the asset is possibly diminishing in strength or going into a reversal. All this can inform trading decisions.

Following are guidelines for using Bollinger bands in an uptrend:

When the price is in a strong uptrend, it will generally touch or run along with the upper band during impulse waves higher. In case that does not happen, the uptrend is likely losing momentum.

It ought not to touch the lower band when the price is in a strong uptrend. When it does, you have a reversal’s warning sign.

Bollinger bands aid in evaluating the degree to which an asset is declining – downtrend – and when the asset is possibly strengthening or reversing. The info may be employed to inform trading decisions.

When the price is in a strong downtrend, it will generally touch or run along with the lower band during impulse waves heading lower. If it does not do that, the downtrend is losing momentum.

It ought not to touch the upper band when the price is in a strong downtrend. When it does, you have a reversal.

Generally, when using Bollinger bands, there is the identification of overbought/oversold market conditions. When the asset price breaks below the lower band, prices fall deep down, expecting a rebound. Conversely, the market is overbought and due for a pullback when price breaks above the upper band.

Price mean reversion forms the basis of bands being used as overbought/oversold indicators. Mean reversion posits that if the price deviates considerably from the average or mean, it generally reverts to the mean price.

In range-bound markets, mean reversion strategies may work well, given that prices travel between the two bands.

The upper Bollinger band tag/touch is not in and of itself a sell signal. The lower Bollinger band tag is not in and of itself a buy signal. Price frequently can and does walk the band. In such markets, traders who continually try to sell the top or buy the bottom have to face an unending series of stop-outs. There are ever-mounting losses as there is price movement further and further away from the original entry.

Basically, Bollinger bands measure deviation. This makes it a good trend indicator, besides its association with the best intraday trading strategy. By generating two Bolinger band sets, one set using ‘one standard deviation’ parameter, and the other employing the general setting of ‘two standard deviations, we can interpret price from another vantage point. These are the “bands” we will be looking at.

In the chart below, the trend is up when the price holds between the upper Bollinger bands +SD and + 2D away from the mean. Hence, we can call the channel the buy zone. On the other hand, if price channels within Bollinger bands – 1D and -2D, it is in the sell zone. Ultimately, in the event of the price adjusting between the +1 SD band and -1 SD band, it is basically in a neutral state.

Bollinger bands have a knack for adapting fluidly to price expansion/contraction as volatility increases/decreases. Hence, the bands widen and narrow in sync with price action, creating a precise trending envelope.

We now see how this technical tool may be used by both trend traders seeking to use momentum and fade traders likely to profit from trend exhaustion/reversals. The chart above shows how trend traders would position long upon price entering the buy zone. The bands would then have the gist of most of the price action of the movement higher.

As far as an exit point goes, each trader’s answer varies. However, a reasonable probability would be closing a long trade if the candlestick chart candle turned red, and 75%+ of the body went below the buy zone. The price declines out of the trend. The trend trader has to be prevented from escaping a trend by a sudden move to the downside, the latter snapping back to the buy zone at the trading period’s end.

Bollinger bands may also be a valuable tool for trend exhaustion exploitation by identifying price turns. It is noteworthy that counter-trend trading calls for far larger margins of error. This is because trends will frequently make several attempts at continuation before reversing.

When prices fall out of the trend channel, the fader can employ Bollinger bands by shorting the next tag of the upper Bollinger band.

As far as the stop loss points go, putting the stop just above the swing high will practically ensure the trader is stopped out, given the price will frequently make many forays at the recent top, buyers going full-steam for trend extension. Rather, it is sometimes wise to measure the width of the no man’s land area – between +1 and -1 SD – adding it to the upper band.

There are many uses for Bollinger bands, including using them for overbought and oversold trade signals. Traders are free to add multiple bands, enhancing the best intraday trading strategy. The latter highlights price movement strength. These also help you find volatility contractions.

That is important since such contractions are generally followed by major price breakouts, mainly on large volumes. InvestBy can guide you to superlative trades.